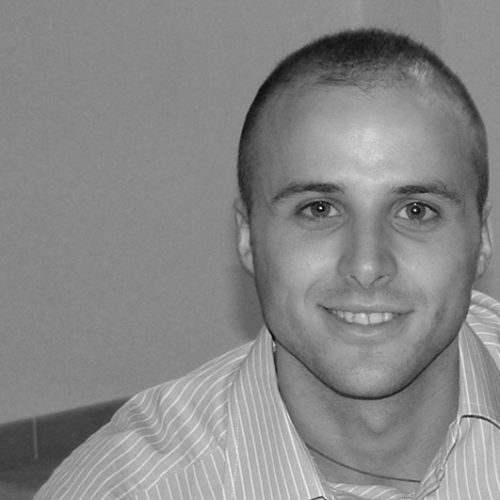 STEFANO BALASSONE was born in 1979 in L’Aquila, where he graduated in Building Engineering and Architecture UE in April 2006. From October 2006 he was employed as an assistant lecturer on the Technical Architecture I and Building Restoration and Conservation modules of the Building Engineering and Architecture course at the University of L’Aquila. In April 2012 he gained a doctorate in Restoration, Planning and Safeguarding in residential and territorial settings of special environmental and landscape value, 23rd cycle, with a research thesis on “The diffused museum: a resource for the restoration of the built heritage”.

Stefano’s love of nature and the human activities that affect it led him to travel in order to observe and understand the delicate relationship between man and the environment, which finds a synthesis and a meeting point in architecture. This is accompanied by an enormous passion for the architecture of historic sites, which led him to research various fields over the years, experiencing them personally in the course of his profession. The desire to be a part of the millennial history of a place has always been the motivation and the goal of his approach: architecture as an element of continuity and a link, like a footprint, between what came before and what will follow.

After his degree, Stefano collaborated with the L’Aquila studio Tecnoadler, becoming involved in the drafting of the General Regulatory Plan of Castel di Sandro and various architecture projects. He also worked with the MCM architecture firm in Sora, where he helped to draft the plan for the Redevelopment of Piazza Mayer Ross, through the demolition of a former cinema and the building of a tourist information centre.

He took part in several scientific and research initiatives in the field of architecture carried out by numerous Italian and foreign publications; from 2009 to 2012 he was a member of the University of L’Aquila’s UOIS (Operational Unit of Seismic Engineering), where he studied and planned interventions for the restoration and improvement of the university’s historic buildings damaged in the 2009 earthquake. From 2009 to 2010 he was a founding member of Collettivo99, an association of young designers created after the 2009 earthquake, with whom he conceived a plan for the renaissance and growth of the entire urban area affected by the earthquake. He has participated at numerous conferences, including the international  “Sismo UCAM 2015” convention at the Catholic University of Murcia (Spain), comparing and contrasting the three earthquakes: L’Aquila 2009, Murcia 2011 and Emilia Romagna 2012, in which he opened the second day with a talk entitled “Reconversion beyond Reconstruction”.

In 2007 he founded Dunamis Architettura with his inseparable friend Lorenzo, and since then the studio has become not only a place for professional development, but also the centre of his life. 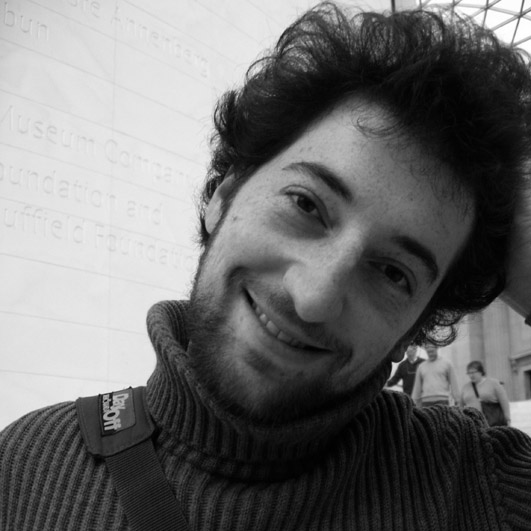 LORENZO CANTALINI was born in 1979 in L’Aquila, where he achieved a first-class degree in Building-Architecture Engineering in January 2005. From September 2005 to September 2012 he worked as assistant lecturer on the Architectural Restoration course at the Faculty of Engineering (University of L’Aquila). In July 2009 he qualified as a Specialist in Monument Restoration at La Sapienza University of Rome with a research thesis on the use of the fortified village of Ocre (AQ) and the restoration of the church within its walls.

His entire education was characterised by a passion for travel and his resulting exposure to the wide variety of cultures, landscapes and emotions existing in the world; this continuous attitude of openness to his surroundings led to his deep respect for context and in particular for the traces of human activity. Curious and thoughtful by nature, Lorenzo’s architectural research is inspired by the visual arts, literature and his desire to turn architecture’s vast range of expressive aspects into an effective “narrative voice” which can evoke emotion in the soul of the unwitting user of the spaces he designs.

After his degree he worked with Nemesi Studio Architetti Associati (Professor of architecture M. Molè, Rome). He was part of a group of designers for the restoration of the Crypt of Giosuè, the refurbishment of the entrance of the church of San Vincenzo Maggiore and the protection of the entire archaeological area of the abbey of San Vincenzo al Volturno. He collaborated with architects D. Fiorani and R. D’Aquino on the project for the valorisation and restoration of the Sanctuary of Victor Hercules in Tivoli (RM).

He has been involved in various historical and architectural research projects, including the experimental project for the preservation and documentation of the cultural heritage by the drafting of the Charter of Risk for Cultural Heritage in Abruzzo (an ICR project led by C. Cacace) and the historical-critical study of valuable monumental buildings in the vicinity of Corso Vittorio Emanuele II in Rome (coordinated by M. Caperna). He has been involved as a consultant in numerous international schemes, including two Neptune Projects (Finland 2003 and England 2005), on the topics of sustainability and the social role of architecture, and the  ‘Berat Workshop’ programme (led by professors A. Bianchi and D. Fiorani) promoted by UNESCO and the Centre for Restoration of the Monuments within the IMK in Tirana (Albania, 2008-9).

Lorenzo’s twenty years of friendship with Stefano led in 2007 to the founding of Dunamis Architettura, and since then he has been completely devoted to the studio’s work. 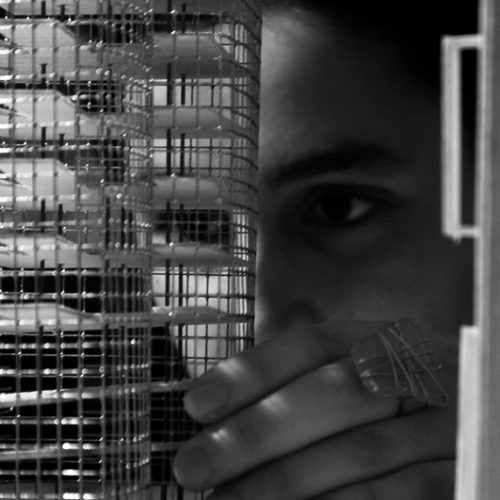 GIOVANNA MARCHE  was born on 29th September 1978 in Rome, where she lives in the belief that making her home in the place where her roots and memories live is the driver for creating architecture.

Giovanna wanted to be an architect from the age of 4, and grew up with the idea that Architecture means creating recipients for air; as a child, she amused herself during long summer holidays in the countryside by designing “containers” for air in the form of little houses in the trees.

In the course of her studies and since graduating, she has had the opportunity to work with major architects on the international scene, such as professor G. Carbonara, with whom she graduated in Architecture in July 2005 at Sapienza University of Rome; professor F. Purini (Rome) and the studio C.F. Møller Architects (Copenhagen), with whom she worked as a young designer for the international competition for the redevelopment of the Mausoleum of Augustus and Piazza Augusto Imperatore, reaching the final round of the contest.

Giovanna has gained a variety of experience in Italy and abroad, in fields predominantly concerning the preservation and enhancement of cultural heritage, acting as a consultant for public bodies such as the Ministry of Cultural Heritage and Activities (MiBAC), for which she carried out a survey of Rome’s Archaeological Parks, and taking part in various international projects, including  ‘Urban Historical Park of Sultanahmet: cultural itineraries’, organised by the Palatina association (Istanbul) to valorise the Great Palace, and the design and execution of the roof for the Palace of Arslantepe in Malatya (led by architect G. Berucci).

In April 2010 she qualified as a Specialist in Monument Restoration at the Sapienza University of Rome. Here she met Lorenzo and began to share her passion for architecture with him, leading them in May 2007 to obtain an honourable mention in the international contest “Small railway stations”.

This encounter led to her initially collaborating with the studio as a consultant in architecture and restoration, and then in 2012 joining the firm as a partner. Today she is responsible for the  Competitions section.

She shares with Stefano and Lorenzo not only her love for the profession, but also the approach which has characterised the studio’s work from the outset, in other words the desire to bring contemporary design closer to everyday construction. 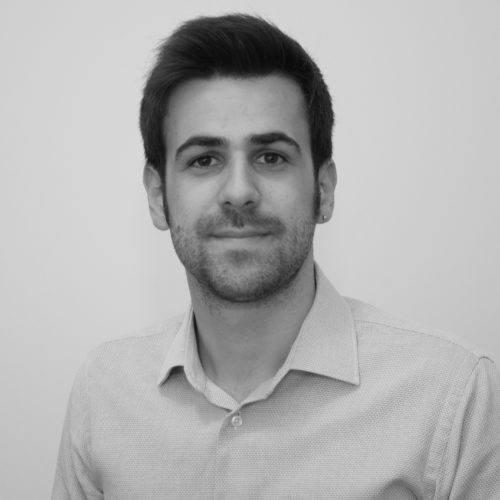 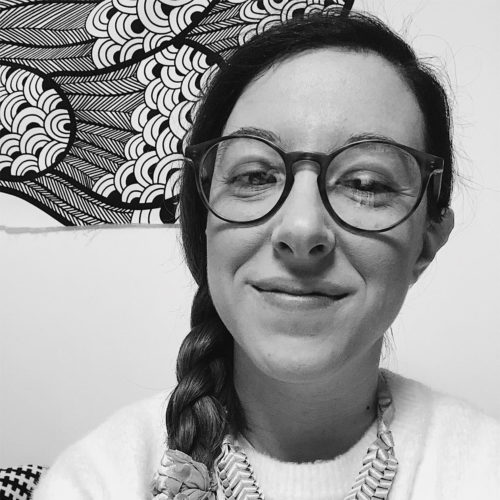